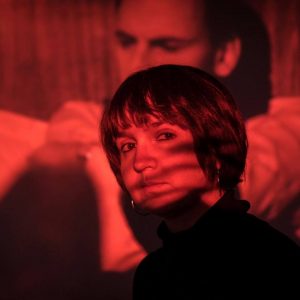 I´m a cinema enthusiast, obsessed with cinema since I was little.

My mother and my grandmother decided to call me “Mara” after watching an Italian film by Luigi Comencini, “La Ragazza di Bube”.

Although I´m not exactly like her protagonist (Claudia Cardinale), I can say that I have watched many films in my life – and subsequently decided that I wanted to show the best of them to as many people as possible.

I´m a freelance film programmer and curator and I take care personally of almost every aspect of the screenings / events I organize:

– Selection of films, research of theatricals and contact with Distribution Companies

– Introduction of films after each screening, debate with the public

I´m actually living in Berlin and, since August 2015, I´m curating about 2 to 4 screenings per month. I´m primarily focused on Italian Cinema, as it is part of my identity and it is full of masterpieces that, in my opinion, should be shown more frequently.

Until now I have planned some of my most successful screenings at “CinemAperitivo” at the Cinema Babylon in Berlin (Mitte), an event focused on Italian cinema that takes part every Sunday afternoon since many years.

At the same time, I´m collaborating with various associations, festivals, institutions and cinemas.

At the moment I´m focused on Italian cinema, from the old classics (that I particularly love) to the new films, with a special consideration for movies that do not have a large distribution.

I hope to see you at the cinema!